As Barril (2005) outlines, “Explaining a city to someone who has never seen it is as difficult as describing the sea to people who have always lived inland. Even more so when the sea is unchanging whereas, in contrast, cities are never content with being what they are and want to aspire to more. …A city can be described by its urban layout and for its aerial and distant views. This would be an insufficient description, however, a simple linking of maps of different years that would explain its growth in hectares. The problem is that hectares do not have souls and the charm of cities lies precisely in the human factor and its stamp. And this cannot be measure in hectares”.

In order to access the soul of a city we can use pyscho-geography. The following figure from Jennie Savage’s STAR radio project outlines some of the key aspects of a psycho-geographical (or psycho-topographical) approach to place.

A psychogeography of Cardiff, produced by students on the BSc Geography (Human) & Planning degree can be found here. 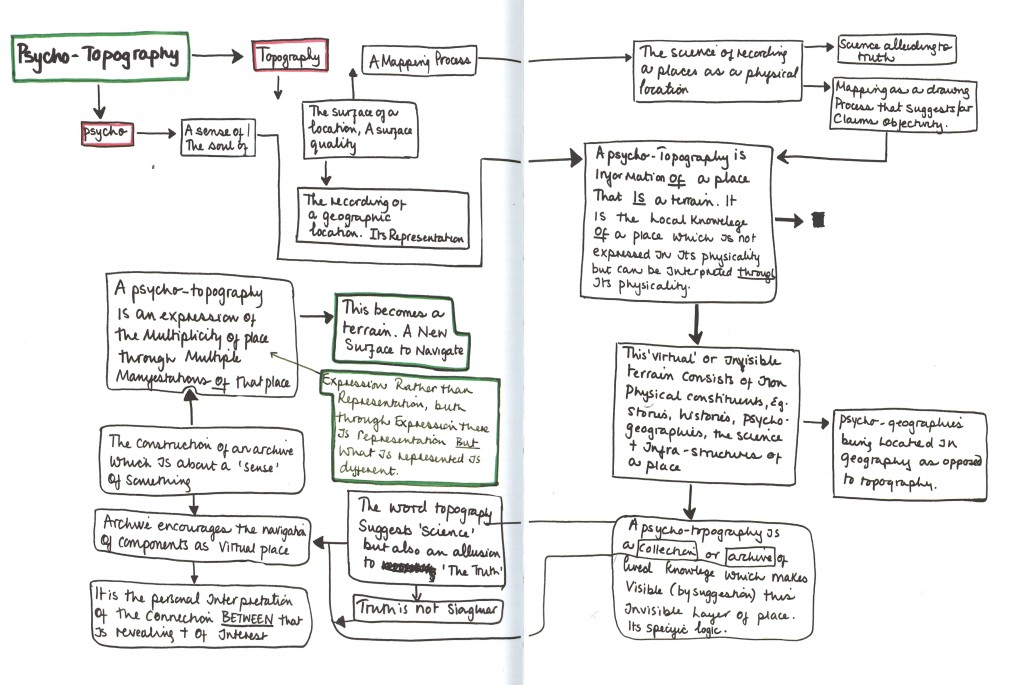